Be mindful of psychological scars. 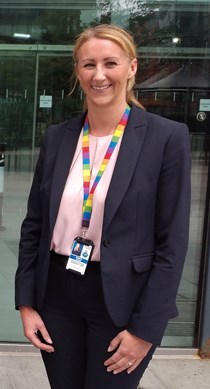 “When we think of a victim of violence it immediately conjures-up someone with physical injuries, bloodied, and possibly hospitalised.

But everything from Post-Traumatic Stress Disorder (PTSD) to OCD (Obsessive Compulsive Disorder) can be triggered by belittling verbal abuse or even the witnessing of serious violence.

Not on your own

This year’s Mental Health Awareness Week chose as its primary topic, isolation. This is not surprising as lockdown prompted a general rise in loneliness. We must also remember that one can be lonely when surrounded by people and cut-off even when we appear to have a relationship and family. This is especially the case with those who have social anxiety.

Some isolation is prompted by a desire to retire to seclusion due to low self-esteem, bullying, or continued verbal or online barracking, and can last for years.

The perpetrators of violence are also more likely to suffer with poor mental wellbeing. How often has psychosis (seeing or hearing things that others don’t) been offered as a reason for particularly vicious violence? Or schizophrenia, the rationale for what seems like a perfectly functioning individual turning abusive?

Failing to communicate and open-up can lead to a powder keg of frustration that once ignited, can have disastrous consequences.

Observing poor mental health around you can be a significant factor, too. In the developing mind, the witnessing of violent arguments can be registered as the norm – as can learned racism and misogyny.

Because this is the case, the Merseyside Violence Reduction Partnership runs schemes that often intervene early in lives. Our programmes attempt to coach the young psyche into appropriate responses to situations, often working with parents to precipitate the same outcome.

We are not providers of crisis mental health support, rather the facilitators of schemes that provoke change before situations deteriorate. This includes youth participation, which reminds young people of their self-worth and that they are listened to and considered a valued member of society. It involves them in the decision-making process and even inspires them to mentor other young people, a true vote of confidence.

Even our sporting activities from boxing to women’s football, engender self-respect and physically release the endorphins which stimulate happiness, a natural high that promotes health, both physical and psychological.