In its Serious Violence Strategy the Home Office defines serious violence as “specific types of crime such as homicide, knife crime, and gun crime and areas of criminality where serious violence or its threat is inherent, such as in gangs and county lines drug dealing.” It also includes emerging crime threats faced in some areas of the country such as the use of corrosive substances as a weapon but specifically excludes domestic abuse.

Public Health England recognises that serious violence extends to other forms of serious assault and that a significant proportion of violence is linked to either domestic abuse or alcohol. This strategy concentrates on an approach to address serious violence as defined by the Serious Violence Strategy.

Public Health England recognises that serious violence extends to other forms of serious assault and that a significant proportion of violence is linked to either domestic abuse or alcohol. This strategy concentrates on an approach to address serious violence as defined by the Serious Violence Strategy. 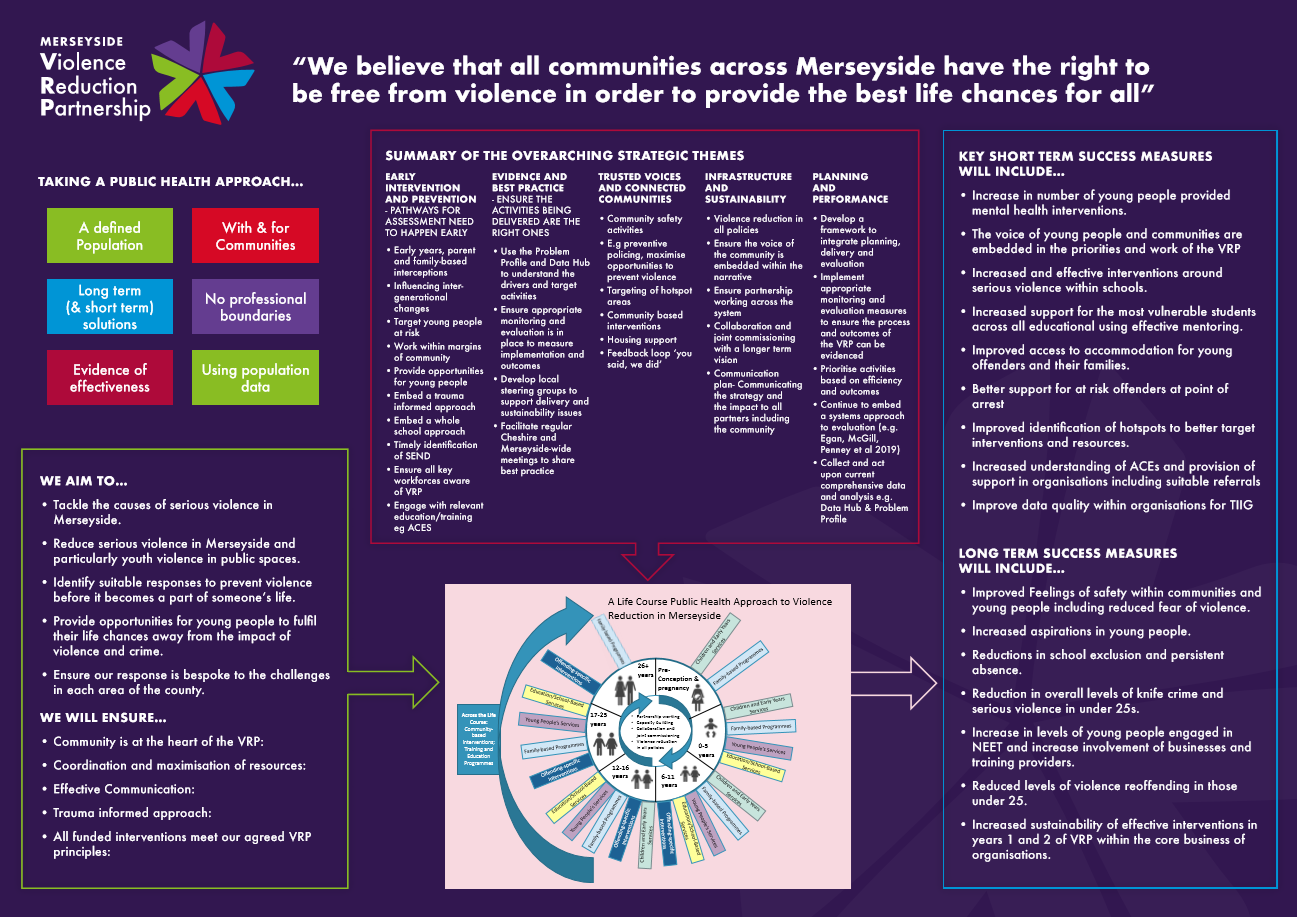 Violence is defined by the World Health Organisation as “the intentional use of physical force or power, threatened or actual, against oneself, another person, or against a group or community that either results in or has a higher likelihood of resulting in injury, death, psychological harm, mal-development or deprivation.” Despite these different forms and expressions of violence there are numerous and overlapping factors behind them that are either ‘risk factors’ for making violence more likely, or ‘protective factors’ which mitigate against victimisation or perpetration of violence. 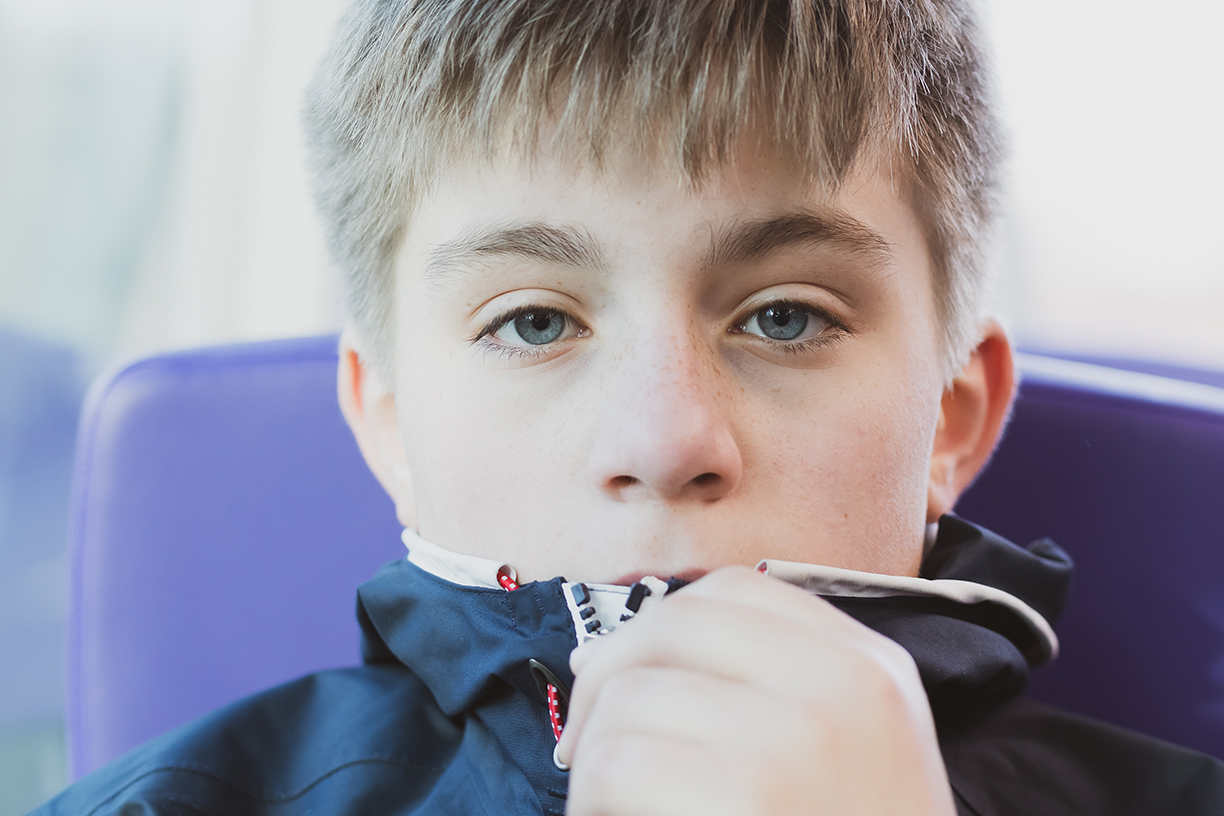 The Home Office has asked violence reduction priority areas to adopt the World Health Organisation’s definition of a public health approach. The approach uses the principles below which look to: define the problem, identify those risk and protective factors, develop and test prevention strategies and then facilitate widespread adoption. It advocates a long-term approach, which is at odds with short-term funding cycles. However, the whole system approach encourages wider system and cultural change which aren’t completely dependent upon specific funding streams.

Public health principles provide a useful framework for investigating and understanding the causes and consequences of violence. They can help to prevent violence from occurring in the first place through primary prevention programmes, policy interventions and advocacy.

Merseyside’s communities and stakeholders are involved in our strategic approach

When our stakeholder engagement journey began in June 2019, key partners had to consider how to establish a ‘Violence Reduction Unit’. This planning ran alongside work carried out by the Police and Crime Commissioner (PCC) and individual Community Safety Partnerships (CSPs) to develop a public health approach to tackling serious violence.

At the same time, Merseyside Police had commissioned extensive research with young people around knife crime. This prompted the police to create the ourmerseyside.org.uk website, which was launched in January 2020 with the #bladefree campaign to gather support for a social movement that wanted to see a reduction in knife crime. 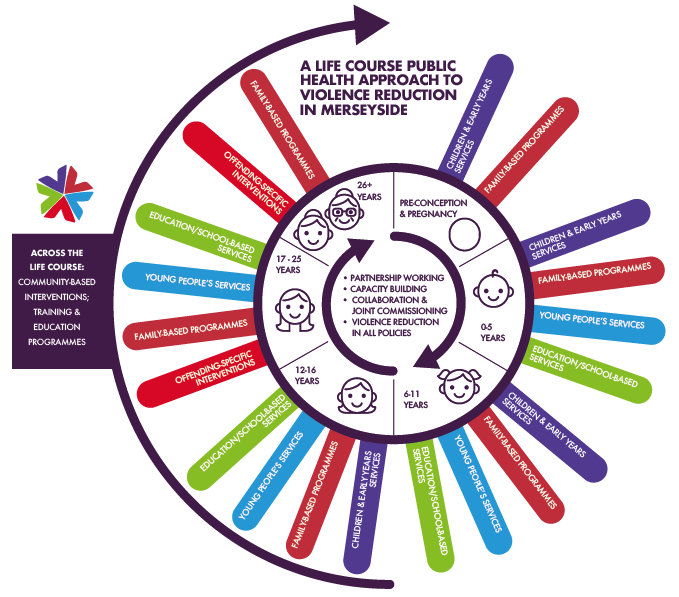 More stakeholder sessions and regular meetings were established with the five Community Safety Partnership leads. Seconded officers carried out asset mapping exercises with a particular focus on giving young people the chance to have a say, (often called ‘voice of the young person’). They agreed that could be done through formal routes such as schools’ parliaments, statutory body advisory groups and commissioned insight work as well as through more informal routes such as youth groups or social media platforms.

Our academic partner Liverpool John Moores University (LJMU) advised us on our stakeholder engagement strategy and after a successful event in February 2020, we decided to go with a theory of change and logic model to explain the key areas of our work. Each thematic area has an action plan attached to it as part of the performance management framework. 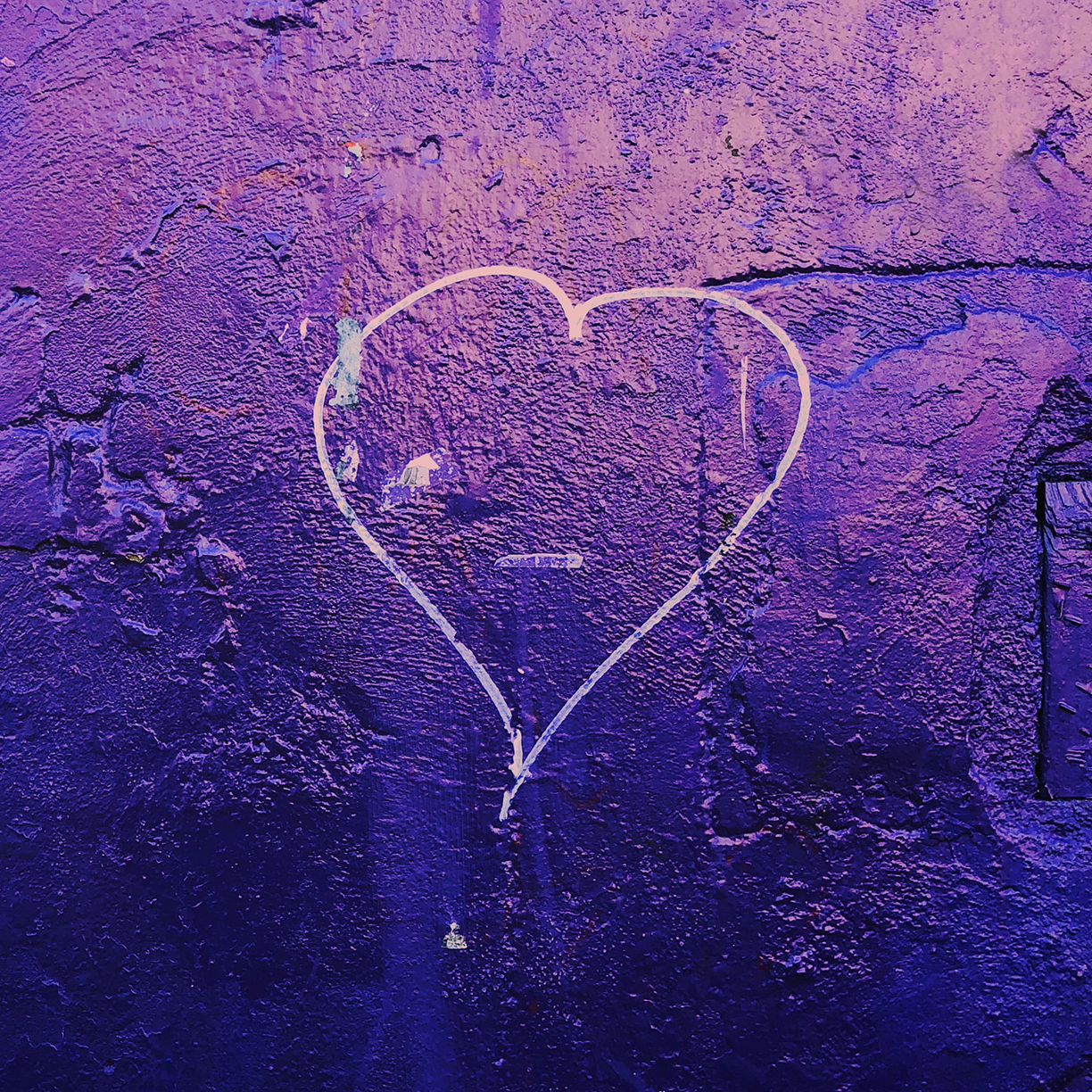 Photo by Jon Tyson on Unsplash

We will embed a public health ‘Whole Systems Approach’ to violence reduction, reflected in the Logic Model developed by partners at Liverpool John Moores University, see graphic. This model lists our key current activities which prevent, and reduce, violence in Merseyside, and the reasons why. 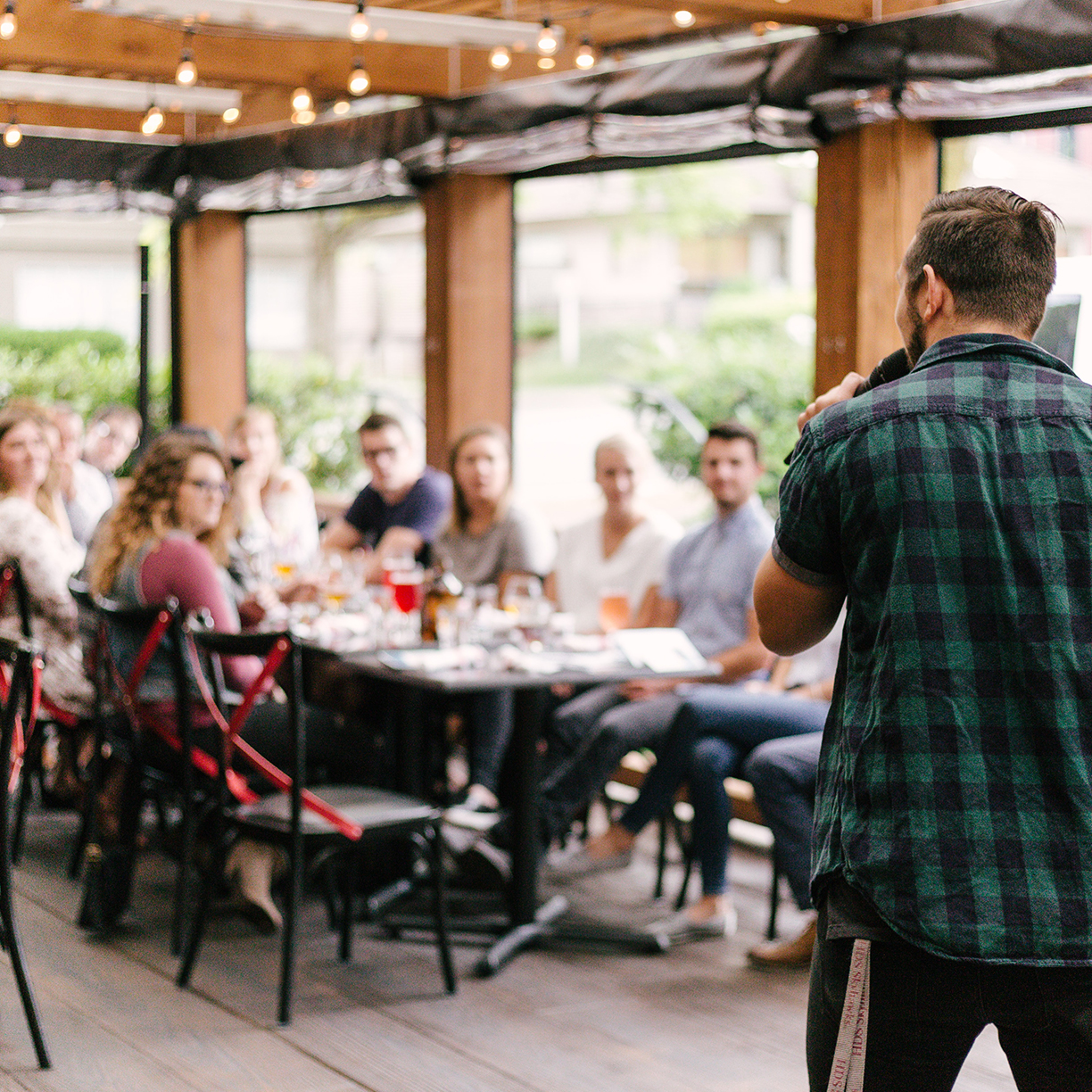 We will use a place-based approach to achieve these aims through delivery of local initiatives and programmes of work, and/or uplift of existing services, tailored to local need.

Throughout 2019/20 we consulted with stakeholders, gathered views and data, and mapped existing services and structures. VRP team members will focus on the coordination of key themes, with research and evaluation, trauma informed practice, reoffending, education, navigators, communications and most community and youth voice all having VRP team members.

Other areas of work better lend themselves to local delivery. As such, we anticipate devolving a budget to local partners to identify where the added investment can generate the best results within those priorities. This is because the local infrastructure, delivery partners and issues differ between boroughs – and local partners have the best understanding of them.

Take a look at our first evaluation from Liverpool John Moores University.

Read how we were evaluated for our Adverse Childhood Experiences and Trauma-Informed Training.

Read our evaluation of the Sports Arts and Culture Work Programme

Read our evaluation of the VRP Data Hub

Read our evaluation of support programmes for family of offenders

Read our Whole System Evaluation Report for May 2021 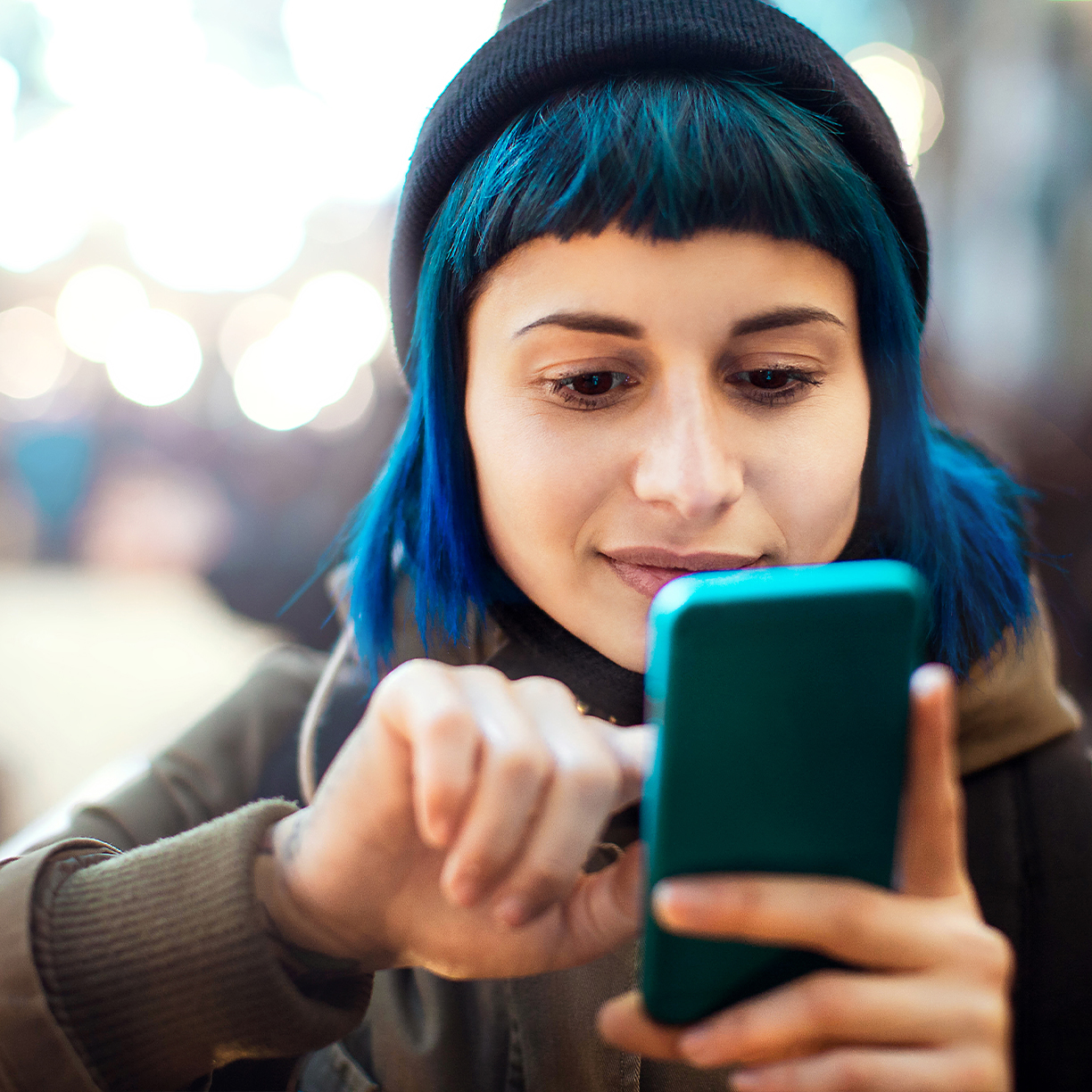